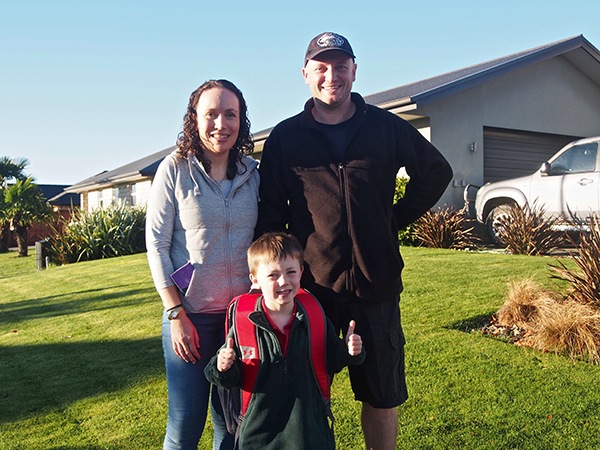 A tough start for baby Harri

First-time parents Rod and Mel were looking forward to the arrival of their baby, but when Harrison (Harri) was born at Christchurch Hospital, his parents did not even get to hold him.

12 and 20 week pregnancy scans didn’t pick up any problems. The couple were expecting their baby to be perfectly healthy.

Something was very wrong and he was struggling to breathe. Harri’s very survival was touch and go.

Rod remembers it clearly: “They put him on a machine which put pressurised air into his lungs, along with an oxygen mix, and they took him to the neonatal unit to do some checks and suction his lungs.”

His condition was so serious, the medical team had to whisk Harri away for urgent procedures before Mel or Rod even had a chance to hold him. The next thing Rod recalls is being approached by a paediatrician who told him very gently: “I’m so sorry, your son’s got a critical heart condition.”

Baby Harri was diagnosed with a critical aortic stenosis, with severeleft ventricle dysfunction – he needed urgent heart surgery, which couldn’t be performed in Christchurch where he’d been born. A life-saving air ambulance flight to Starship was his only chance.

Mel had just given birth and said she was struggling to comprehend what was going on. She says she remembers feeling completely bewildered: “It felt completely surreal, like, have I just had a baby? I hadn’t even really been able to look at him, or got to touch him when they had to take him away. I think I kept saying, ‘I can’t believe this is happening – this can’t be real.’”

While the medical team in Christchurch tried to stabilise Harri, arrangements were made to put him on an emergency flight to Starship – and into the care of the specialist paediatric heart team.

No time to lose

Harri’s critical condition meant there was no time to lose, but Mel and Rod had an opportunity to name him, take some photos, and touch his little hand through the incubator before his life-saving flight.

Rod was amazed by how quickly it all happened: “From the time we were told he had a heart condition, it was kind of – I’d call it a well-oiled machine.”

Because she was still recovering from the birth, Mel was not allowed to fly until the following day. As soon as she arrived, the ambulance crew took her to Starship’s Paediatric Intensive Care Unit.

After a precious few minutes with Harri, the medical team outlined details of her newborn son’s rare condition, aortic stenosis. His aortic valve was too narrow to function properly. Surgery was his only hope.

Hoping for reassurance, Mel asked about Harri’s chances of surviving the operation. The answer she got must have been so hard for a new mum to hear:

“I asked the surgeon, and when she told me, that’s the point where I understood how bad it was. My world fell apart. They gave me a few minutes with him, and I told him that I loved him very much. Then they took him away.”

Even though little Harri was in the best possible hands, a situation like this has to be a parent’s worst nightmare. What followed was an agonising wait while the surgical team operated on Harri’s tiny heart. He was just 29 hours old and undergoing open heart surgery.

Mel has trouble recalling how many hours had passed when the cardiologist finally appeared with news. Harri’s procedure had been successful, and they had widened the valve in his heart from 3mm to 5mm.

It is amazing to think of the skill and precision required to perform surgery on a tiny valve that’s just 3mm wide. That’s why children like Harri need the specialist paediatric team at Starship. 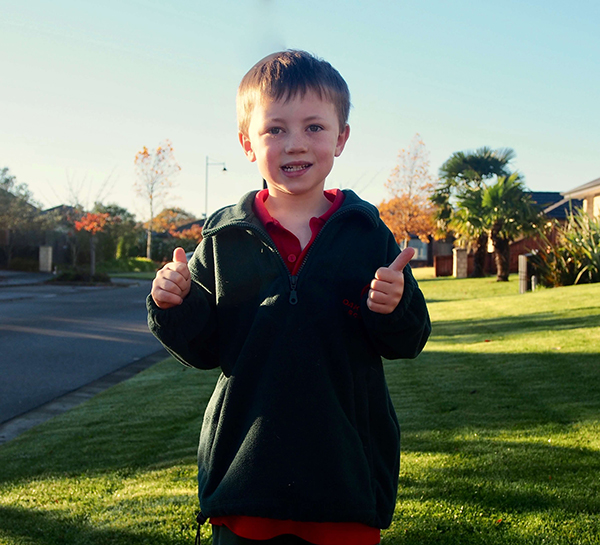 A chance to hold their little boy

Harri survived his surgery, but he was not out of the woods just yet. Although his heart was now capable of pumping by itself, the surgical team was concerned about the risk of cardiac arrest.

So as a precaution, Harri was put onto ECMO, a heart and lung bypass machine that pumped the blood around his body. He was on ECMO for 72 hours, and remained on a ventilator for an additional three days.

All this time, Rod and Mel still hadn’t been able to cuddle their baby. Then, seven days after he was born, they finally had a chance to hold their little boy. They finally experienced the moments they had longed for since Harri was first born.

As you’d expect, it’s a beautiful memory that his mum and dad hold dear to their hearts. All Mel remembers is being overwhelmed with joy: “It was the best feeling. The best moment of my life! It was pretty amazing after that amount of time.”

By the time Harri was moved into a ward, Mel and Rod could pick him up when they wanted. Mel remembers the first sign that things might be okay: “Then the day came when they turned off the monitor in the ward. I guess at that point if felt more normal. More normal for our situation anyway.”

Eventually, Rod, Mel and Harri got to spend a weekend together – after 16 days at Starship – with no nurses, no monitors, nothing but time together as a family.

When they returned to Starship on the Monday for some final tests, they got the news they’d been waiting to hear: “Yes. You can take your baby home today.”

Harry is a big boy now

Harri is now five years old, goes to school and is thriving, his favourite treat is ice cream and he loves lego. Rod describes him as being fearless and full of energy. “Harri loves playing with his friends at the park, school or at home. He loves riding his bike, going fishing and spending time with his grandparents, he has a great sense of humor and shows a lot of empathy to others”.

Rod shared this about their experience; “We never thought we’d need to fly to Starship. But then no one ever thinks they need it I suppose.”

“Thank you for being there for Harri and our family. What you did for us that day we can never thank you enough. Harri is now able to live a fun filled life thanks to the Starship Air Ambulance, it’s crew and Starship hospital’s expert level of care”.

Critically ill kids all deserve the best possible chance, wherever they are in New Zealand.