How your donation is helping premature babies survive and thrive

She was only 32 weeks pregnant, and history was repeating.

Two and a half years earlier, her son Tyson had also arrived eight weeks early. She and her husband Leon knew the helplessness and fear they were about to encounter.

But they also knew their baby would receive outstanding care thanks to Starship’s world-class Neonatal Intensive Care Unit (NICU).

After a four-hour labour, Adelaide gave birth to Ahlia. Because she was eight weeks premature, Ahlia’s little body wasn’t fully developed yet.

After a quick cuddle with mum, Ahlia was admitted straight to NICU.

Donations like yours mean the NICU is equipped with state-of-the-art incubators, and equipment to help premature babies like Ahlia regulate their breathing. Having spent weeks in NICU with Tyson, Adelaide and Leon knew Ahlia would be well cared for. Adelaide says:

“It is quite scary still, but the technology and the care at that early stage is really what impacts their life”.

It isn’t just the equipment and facilities that has left a lasting impact on Adelaide and Leon, however.

Thanks to support from generous donors like you, we provide regular training and development opportunities for our staff. It might seem like a small thing, but it helps us retain the very best doctors, nurses, and healthcare professionals.

In Adelaide and Leon’s case, it means they had some amazing nurses to help them navigate Ahlia’s first few weeks.

Many of the same nurses had tube fed Tyson around the clock. They’d picked him up and cuddled him when he cried, and carefully noted his every wriggle.

Two and half years later they did the same for Ahlia, even when Adelaide and Leon weren’t in the room.

“I’d call them up at night and they would be like, ‘It’s ok, I’ve got her’. You just get that sort of security”.

The same nurses also provided support for Adelaide, whether it was a smile, a hug, or a quick wellbeing check-up.

With your support, we’ll continue to provide this outstanding level of all-round care for babies and vulnerable families in NICU in 2020 and beyond. 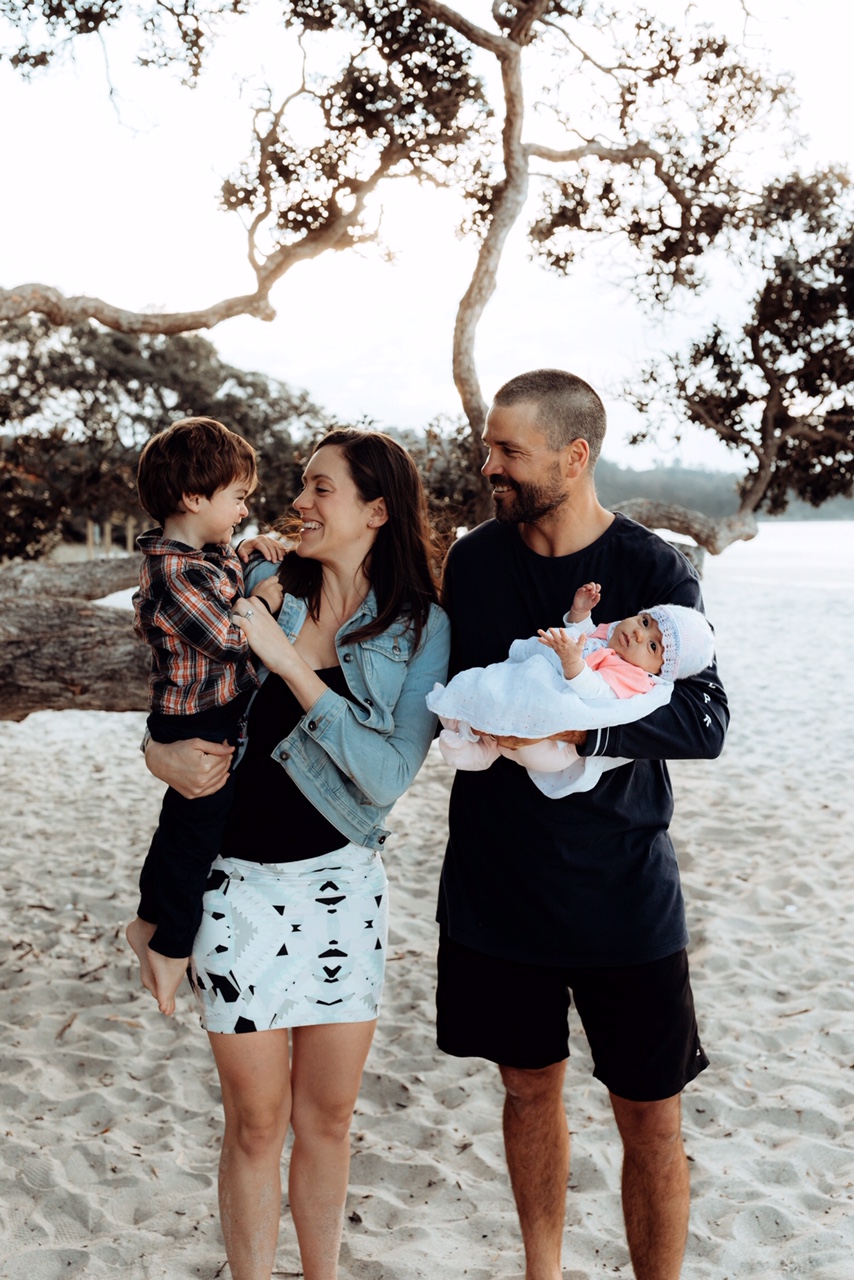 Adelaide and Leon at home on Waiheke with Tyson and Ahlia.