The Starship Foundation has introduced new technology which helps children and their families, who are unable to leave the hospital, enjoy some wonderful New Zealand experiences. 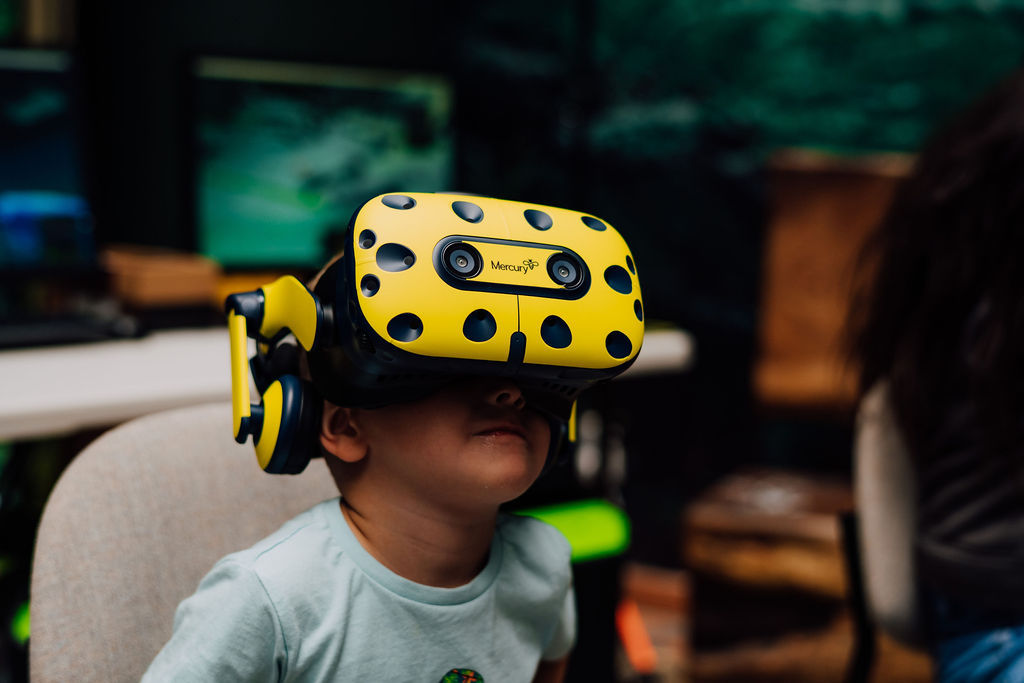 After a successful pilot of the Santa Parade in 2018, a behind-the-scenes visit to the penguin enclosure at Sealife Kelly Tarlton's Aquarium was live streamed on January 23rd allowing in-patient children to get up close with the penguins at feeding time.

The benefit of lifting spirits is becoming increasingly recognised as having a positive impact for children in hospital and regular activations of the Starship 360 Experience are planned on an ongoing basis.

Helen Waldron, Nurse Unit Manager, Starship Child Health says, "Children in Starship and their caregivers are often away from other family members and their support networks, and many spend extended periods of time in hospital. Clinical research has shown that psychological wellness is often associated with faster recovery times and less institutionalisation, so this fully immersive 360 experience is fantastic. It's great to see the kids enjoying it."

Mercury and its customers have funded the project which includes supplying eight VR headsets and eight mobile tablets for patients to take part either in Starship's Atrium area, or for some patients in their hospital room.

Mercury's Chief Marketing Officer, Julia Jack, says, "This is about giving Starship children the freedom to connect with the outside world without the usual limitations they may face in hospital."

"We want to inspire kiwis about the wonderful things they can do, and we've already been using VR technology with our customers for some time now. This is a great extension of that - an opportunity to play a small part in the wellbeing of some really deserving kids and their families. So we're delighted to help bring the Starship 360 Experience to life"

The Starship Foundation has been instrumental in launching the 360 Experience at Starship and Aisha Daji Punga, Chief Executive is proud; "By bringing a smile to a Starship kid's face and brightening their day we're enhancing the patient experience. It's rewarding to bring this positive impact to children and families facing tough times."