Starship surgeon Mr Michel Neeff performed an operation to fit seven-year-old patient James Marquardt with a cochlear implant in April, using the nerve monitor to ensure that he did not damage any facial nerves in the process.

It's very important to know where the facial nerves are and stop when you get too close because if you go on to injure one of the facial nerves then the patient might end up with a weak looking face. We are very grateful to New World for funding this equipment and we now have the ability to use it on a lot of children

James was diagnosed with Hunter Syndrome at four years of age and is believed to be one of only two children in New Zealand with the disease, which affects the body's ability to break down sugar molecules, causing impaired organ and nerve function.

The family relocated from Christchurch to Auckland in 2013 to be closer to Starship as James will need further treatment in the coming years.

James' mother Fiona Marquardt says, "James recently had the appointment to switch on the cochlear implant.  It was a good day in our journey with Hunter Syndrome, as we took another step forward in helping James have a normal life living with this disease. James has already had a bone marrow transplant and enzyme replacement therapy. This was the next thing on the list and we hope it will help him communicate better at school. For James he's just excited to be able to hear his friends."

New World became a Five Star Partner of the Starship Foundation in 2014 and its support has already made a big impact on Starship's young patients and their families. As well as contributing to the funding of new equipment New World has funded the Hunger Provocation Programme trial which has successfully weaned three children off tube feeding and a Sonosite Ultrasound used for administering anaesthetic in paediatric patients. 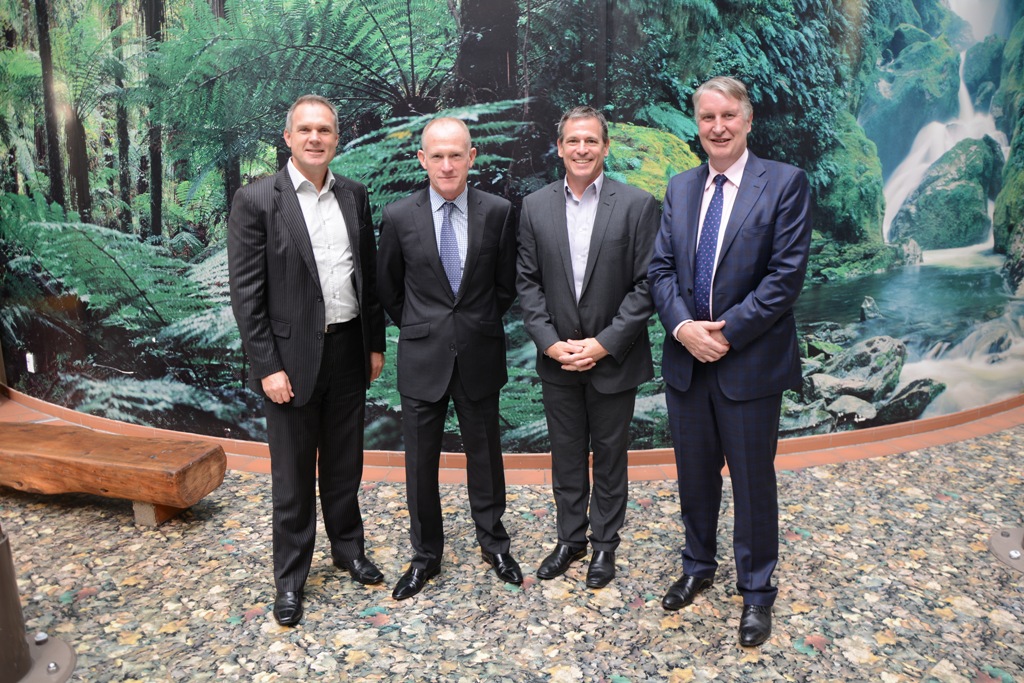 Steve Anderson, Managing Director of Foodstuffs New Zealand, says he is thrilled to already see some tangible outcomes from the supermarkets partnership with the Starship Foundations.

"As a proud Kiwi business we are committed to being a positive active participant in the communities in which we operate and we are pleased that our sponsorship is able to make a real difference to so many New Zealand families."

Chief Executive of the Starship Foundation, Brad Clark, says, "The support New World provides for our vulnerable Starship patients and their families is crucial to ensuring the best possible experience and outcomes.  We want to acknowledge and thank New World for their passionate support of our national children's hospital.  We simply could not do what we do, without them".