On Friday 15 September 2017 Auckland's Sky Tower was the first of more than 90 landmarks around the wrold turning green to support famlies impacted by mitochrondrial disease.

The 'Light up for Mito' campaign aims to set a new world record for the most monuments - which will include the Colosseum in Rome, Sagrada Familia in Barcelona and Niagra Falls in Canada/United States - illuminated over a 24 hour period.

Mitochondrial Disease (also known as 'Mito') is a degenerative disease that usually targets the parts of the body that require the most energy - such as the brain, heart and muscles, but any organ system at any age can be affected.  Globally, it's estimated 37.5 million children and adults may suffer with mitochondrial disease or could pass it on to their unborn children. There is currently no cure.

Te Awamutu parents John and Rebecca Parker know too well about the devastating effect of Mito, having lost their precious son Maddox to the disease at 23 months old. Before Maddox died in November 2015, the Parkers set up the Million for Mito cause, aiming to raise $1 million to help make a difference for other children and families suffering from the disease.

Brad Clark, Starship Foundation Chief Executive, says; "We have been working with the Parkers as well as other New Zealand families on the Million for Mito initiative for the past two years. Their campaign, and the investment it has enabled, means a huge amount to the national metabolic service at Starship and the many families and children living with this disease in New Zealand."

Raising funds for Starship's Heart Ward was one of the first causes that the Sky Tower lit for 20 years ago, and it's very special to again be supporting the Starship Foundation in raising funds for an important cause, and leading the world's 'Light up for Mito' campaign. 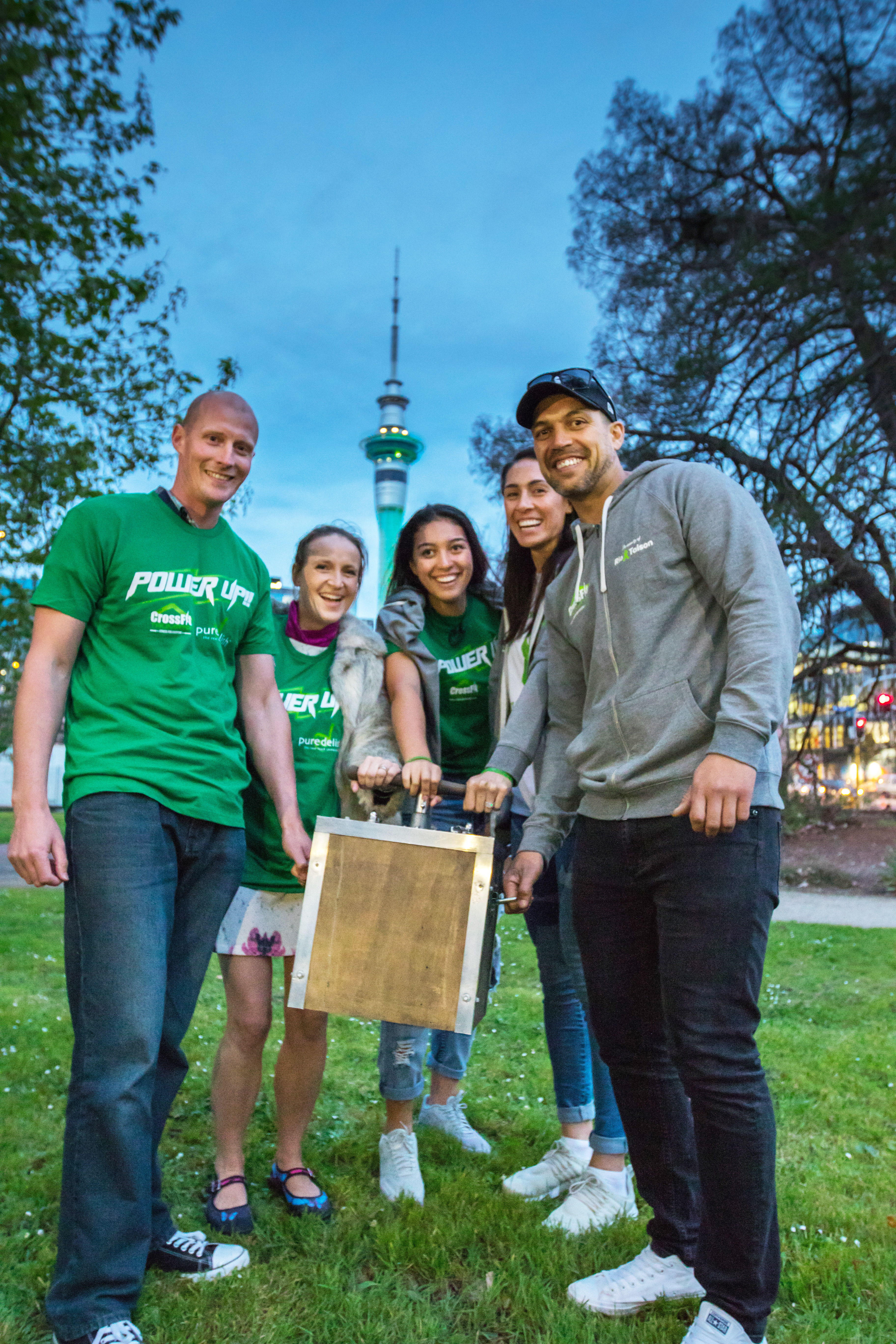 Since its inception, Million for Mito has raised more than $180,000 through a series of national and local fundraising initiatives. Funds raised have helped to provide educational material to help families deal with a diagnosis, training for Starship nurses and nutritionists to enable better understanding and support for Mito families across the country, research fellowships, and funeral and hardship grants.

Global Mitochondrial Disease Awareness Week runs from 17 - 23 September 2017. It is 55 years since the first mitochondrial disease diagnosis was made.

Other monuments around the world to Light up for Mito include the Telstra Tower and Deakin University (Australia), Zakim Bridge (Boston, US), the 52 Degrees Building, Radboud Castle, the Erasmus Bridge and the Hofplein Fountain (Netherlands), Calgary Tower and Toronto City Hall (Canada).

Please support the New Zealand Million for Mito campaign by donating to www.starship.org.nz/mito, and by sharing photos of the green-lit Sky Tower with the hashtag #lightupformito.