With your support, we can help other children like Hunter.

Melissa had to wait five long, worrying days before she could hold her baby boy.

Hunter's mum, Melissa, feared the worst the day her baby boy arrived in the world - three months early, extremely vulnerable and unable to breathe on his own.

He was delivered, and I heard him give the faintest little cry which gave me a rush of hope. But then the nurses brought him over to me, for just a minute before he was rushed to intensive care. And I was stunned by how small he was. Nothing could have prepared me for the shock I felt seeing him.

After being rushed to Starship's Neonatal Intensive Care Unit (NICU), Hunter was put on a special ventilator so that his tiny, underdeveloped lungs could breathe.

Like every baby who comes to NICU - around 1,000 each year - Hunter needed a great deal of specialist equipment if he had a chance to one day go home to his family.

For the first few days of his life, Hunter couldn't be moved or cuddled - he had to stay in the incubator - which was heartbreaking for Melissa.

I just wanted to hold him, to put him against my skin and let him know that I was his mum. But all I could do in those first days was watch him through the plastic screen. Sometimes he'd cry and every instinct told me to pick him up, but I couldn't. It was devastating.

Sadly for Melissa and her husband, doctors discovered Hunter had a heart murmur, which meant his already fragile body had to work even harder to survive.

Doctors tried everything to treat Hunter's heart, but he didn't respond. So they could only wait and see, ensuring he was warm, comfortable and closely monitored as his body grew stronger.

Melissa says she has little doubt she would have lost her baby boy if it weren't for Starship and NICU.  The family were so happy when they finally got to bring Hunter home after spending 13 weeks in NICU.

I know that our baby wouldn't have survived if it wasn't for the amazing technology and dedicated care at Starship. He's had such a difficult start to life, but I'm so grateful to everyone who supports Starship. They're helping my little boy to have the best chance at life. 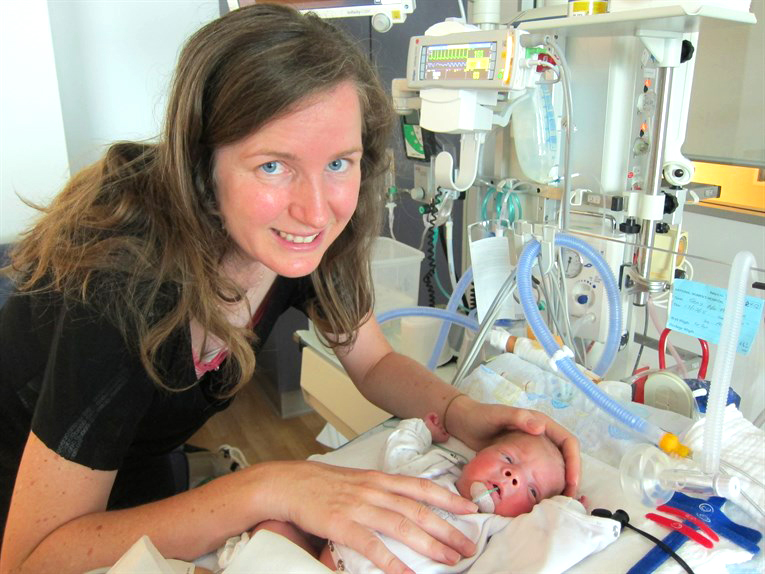