Help Starship’s PICU be here for more children like Ethan

This Christmas, you could help Starship’s Paediatric Intensive Care Unit (PICU) be here for more families like Ethan and Matt’s.

“I told his little brother Jack that Ethan would be OK. Deep down, I knew it might not be true, but I couldn’t admit to myself we might lose him.” Matt, Ethan’s Dad.

You could help Starship’s Paediatric Intensive Care Unit (PICU) be here for more families like Ethan and Matt’s.

Last Christmas, Ethan’s family was visiting their cousin’s farm in Northland when the ten-year-old came off his motocross bike.  After running to the scene his Dad, Matt, knew straight away it was serious.

‘He was white from head to toe. Even his lips were white. He was coming in and out of consciousness and screaming in pain.”

It’s hard to imagine how difficult that is for a parent: to see their child in agony, yet unable to do anything about it.

Thankfully, an ambulance was on the scene in minutes and just over an hour later the helicopter arrived, with a doctor on board. The doctor checked Ethan with an ultrasound and discovered major internal bleeding. He gave him a blood transfusion on board – a procedure that almost certainly saved Ethan’s life.

But, as Matt soon discovered after Ethan reached Auckland and was admitted to PICU, his boy was far from out of the woods.

“It wasn’t looking good. I told myself he was going to be fine. Looking back, I couldn’t admit to myself that we might lose him.”

You could help give a family the support they urgently need 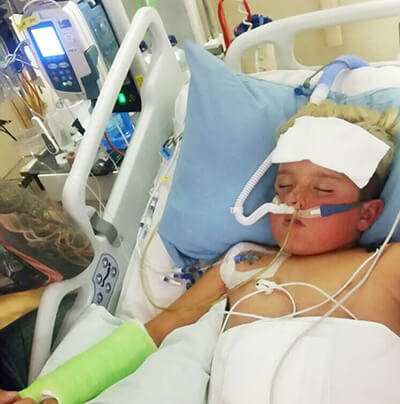 After 36 hours Ethan’s doctors brought him out of the induced coma and, as the days went by, Matt and Jamie’s fears began to lessen a little. But there were still difficult times ahead.

“The hardest thing was seeing him in pain. I’d have given anything to swap places. When he was overheating the nurses brought cold towels and ice blocks. They did whatever they needed to do to help him out.”

Matt found it especially hard to address the situation with Ethan’s younger brother, Jack, who was six at the time. As Matt explains:

“Throughout Ethan’s time in PICU Jack was the best behaved he has ever been. He seemed to sense the gravity of the situation and handled it really well. But he did ask serious questions about what would happen if Ethan died. I told him not to worry, that everything would be OK. I told him that because I wanted so badly for it to be true.”

It’s hard to imagine how difficult the situation was for Matt and his family. His wife Jamie even had to take the heart wrenching decision to leave Ethan’s bedside on Christmas morning, so that she could be at home with Jack and try to give him as ‘normal’ a Christmas as possible.

Ethan remained in PICU until January 8th. He lost a kidney and his spleen as well as breaking both arms, his hand and some bones in his back. The skill and dedication of our medical teams first helped stem Ethan’s internal bleeding, then managed his pain as he slowly began to recover. 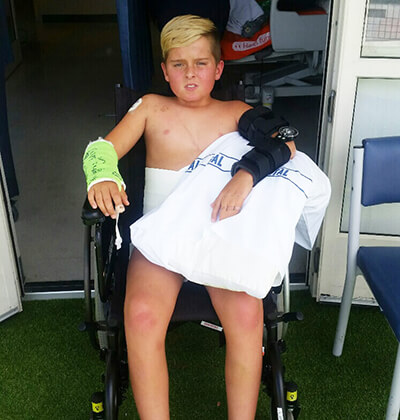 Today, Ethan still gets tired easily and has to take antibiotics every day, but he’s back playing rugby.

Matt’s family will forever be grateful for the care Ethan received at PICU:

“I honestly don’t think there is anywhere on the planet that would have given Ethan better care. The doctors and nurses were amazing. I’d hate for any child not to get the level of care Ethan did.”

Starship’s PICU currently cares for around 100 children each month. That’s 100 families going through the hardest times of their lives, often with their children’s lives hanging in the balance for days or even weeks. We urgently need to expand PICU to meet the increased demand, and with your support we can do just that.

Please help PICU to be here for children like Ethan and their families. With a gift today you could help to save a child’s life. 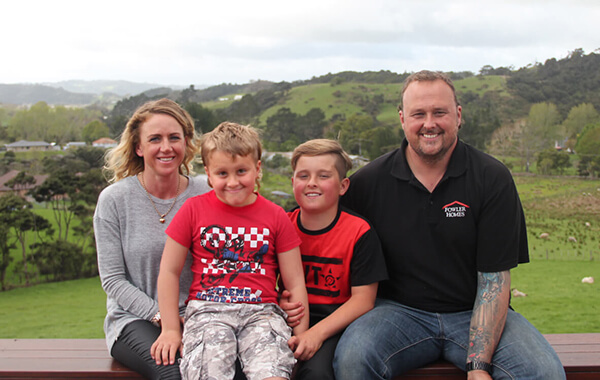