With your support, we can help other children like Finley.

Finley was only 18 months old when his dad found a lump on his tummy. Tests at Starship revealed Finley had neuroblastoma, a rare cancer that attacks the nervous system tissue in small children.

Finley's tumour was filling the left side of his abdominal cavity squashing his left kidney in the process. It was also dangerously tangled around Finley's aorta and the major veins bringing blood back up from the lower parts of his body.

Finley underwent chemotherapy to shrink the huge tumour before Starship surgeons could safely attempt to remove it. He was in and out of Starship for five long months, not just with the chemotherapy, but with infections caused by his lowered immune system.

Finley then went through 11 hours of surgery to remove as much of the tumour as possible without damaging his kidney or major blood vessels. Thankfully, the operation was successful in removing 99% of the tumour, but it wasn't enough to rid his body of cancer completely. 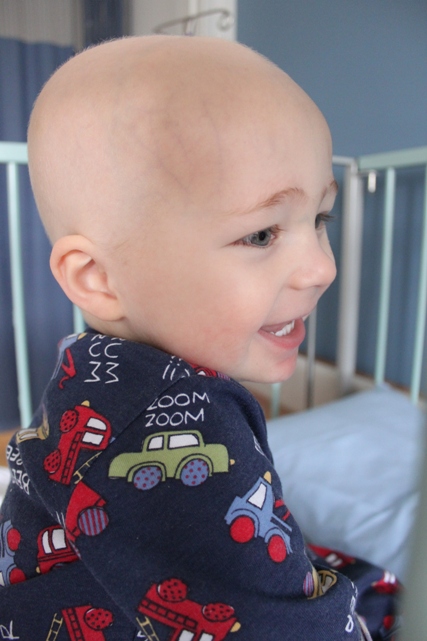 High dose chemotherapy, a stem cell transplant, radiotherapy and immunotherapy all followed. Finley endured difficult and repeated treatments, procedures and tests and his family were by his side every worrying step of the way.

Doctors used every weapon they could to fight against Finley's neuroblastoma and it paid off. Now the cancer was found to be in remission.  Finley and his family can finally look forward to the future again.

We're incredibly grateful for everything Starship has done for Finley.