With your support, we can help other children like Poppy.

Mia was just four months old when she suffered her first debilitating seizure. Over the next four years, her parents tried everything to cure her severe epilepsy, but to no avail.

Dr Spooner examined Mia's scans and talked to Anna about a lesion that had been discovered on one of them. It was incredibly subtle, but it showed the cause of the seizures involved the motor cortex of Mia's brain.

If surgeons could operate, there was a risk it could paralyse the left side of Mia's body or leave it permanently weakened. But there was also real hope that the surgery would substantially improve Mia's life by reducing her seizures.

Mia's parents had an agonising decision to make - not knowing if it would change their child's life for better or for worse.

In the end they agreed to the surgery.

We had so much trust in the medical team, it made anything else irrelevant.

Anna was at her daughter's bedside on Level 6 once again after the surgery. During the night, Mia grasped her mum with her left hand. This gave Anna hope that her daughter would regain the movement in it. The next day, she moved her left leg from her hip and her left arm at the elbow.

Incredibly for the first time in four years Mia was seizure free - the operation had been a success. Five days after surgery, Mia was able to go for a walk up the corridor in Anna's arms - it was just amazing that Mia could hold herself upright while Anna carried her. And her improvement continues:

"Not only has Mia learned to walk again, but she swims, does gymnastics and chases her friends around at school. Thanks to the surgery Mia is now seizure free and we are enjoying every minute of family life together," says Anna. 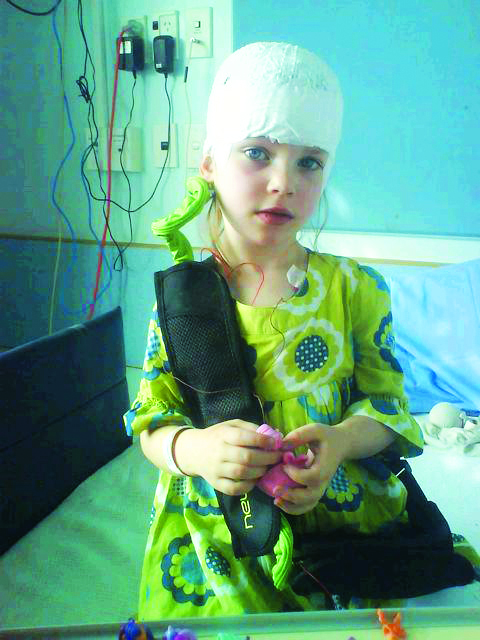