With your support, we can help other children like Ruby.

Two weeks after she returned from a family holiday in Fiji, nine-year-old Ruby came down with a virus. When she complained of pain in her side, mum Sharon found a lump and took her straight to the doctor.

Blood tests, x-rays, scans and an MRI revealed a large growth on her liver.

That was when our whole world began to change.

After much deliberation, surgery was considered the only option.  A seven hour operation removed the growth, along with 70% of Ruby's liver and her gall bladder. Further tests revealed the worst - Ruby had a very rare cancer - Embryonal (Undifferentiated) Sarcoma of the Liver.

Every 21 days for almost a year, Ruby would spend a week in hospital undergoing one of 14 rounds of chemotherapy. She would spend the weeks in between recovering and preparing for the next round. She was exhausted. She lost a lot of weight and her hair fell out.

But the most important thing is - she got better. The staff in Starship oncology do an amazing job. But it's not just the medical treatment that cures children like Ruby. The positive surroundings and the support available to patients and their families play a huge part too.

Ruby is now 19. Her wound is healed, her liver re-grown, she has gained weight, grown taller and her hair has grown back.

She has been giving back to Starship for the past 10 years by designing and selling tea-towels and donating the profits. You can find out more about Ruby's amazing fundraising tea-towels and purchase one via the Wallce Cotton website here 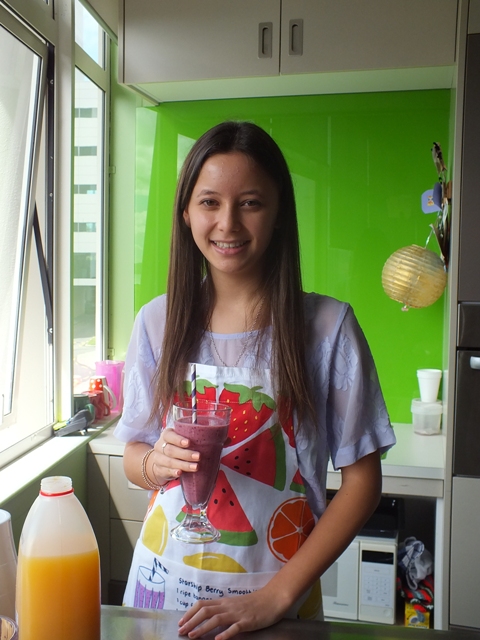