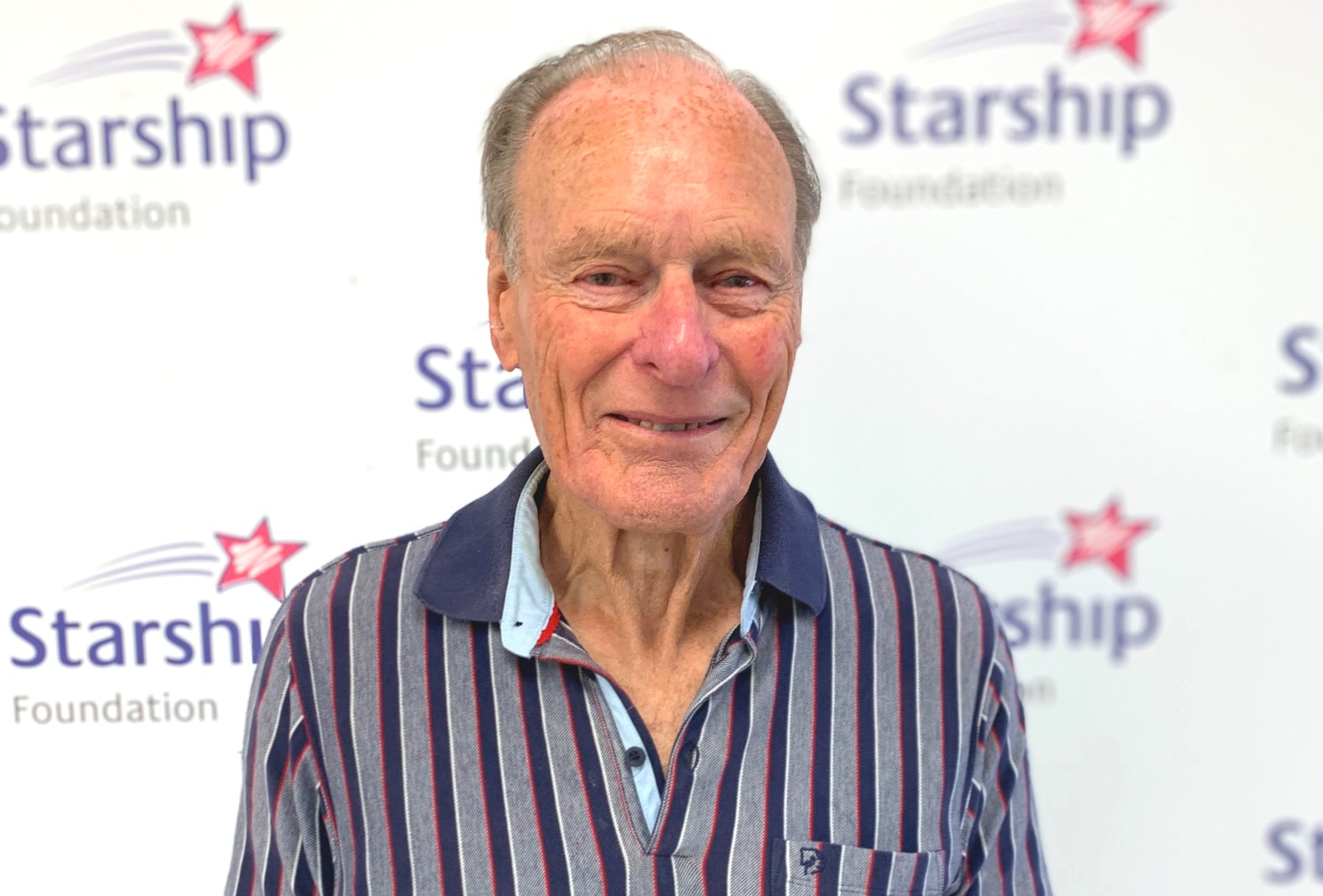 Thank you to our (nearly) 90-year-old Daredevil, ‘Vertigo Vince’…

And our other wonderful community fundraisers of 2020

In 2020, Starship supporters like you went to amazing lengths to raise funds for our children. You raised over $350,000 from community fundraising events…despite event restrictions being in place for much of the year.

We’ve heard some amazing stories and plans…few more memorable than ‘Vertigo Vince’ and his plan to leap off a building.

That sounds a bit dramatic, so let us explain…

Vince’s connection to Starship began in 1990 when he worked in purchasing for the Auckland District Health Board. He bought much of the equipment and supplies we used when Starship opened.

That was fifty years ago…Vince is turning 90 in February 10 this year.

At this stage of their lives, most people would be happy with a morning tea and cake to celebrate their birthday…

Vince is not most people.

When he was a kid, his mother always said he was a daredevil…

A couple of years ago, he bungee jumped off the Auckland Harbour Bridge. But his thirst for adrenaline remained. So…

For his 90th birthday, Vince is doing the ‘SkyJump’ off Auckland’s Sky Tower…a 192 meter, 53-floor drop. Vince will hit speeds up to 85 kph during his (tethered) freefall.

He doesn’t want presents for his birthday, either. He’s asking people to donate to the Starship Foundation and ‘sponsor’ his jump instead.

In an informal office survey, few or no Starship Foundation staff members expressed enthusiasm for jumping off the Sky Tower themselves…despite many being at least half Vince’s age. So good on you, Vince!

The most humbling thing is that Vince isn’t alone.

Though most of our community fundraisers aren’t so devil-may-care as ‘Vertigo Vince’, they are no less valuable.

If you raised funds or donated to a Starship community fundraiser in 2020, then thank you. You’ve helped us fund research, equipment, and staff development to directly benefit Starship children all around New Zealand.

If you’d like to support ‘Vertigo Vince’ and his big jump, get online and go to https://givealittle.co.nz/cause/vertigo-vince