Injuries From Objects with Renee Solomon-Tauhinu

It is our pleasure to share this insightful kōrero from Renee Solomon-Tauhinu of Ngāpuhi, Ngāti Porou

Renee Solomon-Tauhinu is a mother of three beautiful tamariki aged eleven, eight and six months old. Born and raised in the South Auckland suburbs of Māngere, Papakura and Manurewa, Renee and partner, Simon now reside in West Auckland next door to the very house that Simon grew up in and family still live in today. Renee’s understanding of te ao Māori, mātauranga Māori, pūrākau and maramataka inform her daily work with Te Whānau o Waipareira Trust but also in her role as a māmā to her three tamariki. Renee says that it has played an integral part of her parenting practices and particularly in keeping her children safe.

Renee says that her learning and introduction to te ao Māori began at a range of Kura Kaupapa in South Auckland. Then as an adult, a close friend of Renee’s introduced her to the concept of maramataka which Renee describes as “a Māori way of marking time by using the moon.”  Renee recalls that initially she ‘didn’t really get’ it as evidenced by her self described inability to care for plants. “Maramataka is a journey for me in terms of my parenting and how I understand it and use it to guide myself and my tamariki.” For Renee it is extremely important to share this with her children in order to create a safe space for them to develop their connection with te ao Māori and te taiao.

Rona and the Moon

Rona and the Moon is an important pūrākau that Renee has used to draw wisdom from and reflect upon her role as a kaitiaki for her children. In the pūrākau Rona is tasked with collecting water from the awa late at night. Rona gathered her tahā (calabash) and set off using the moon’s light to guide her journey. As she made her way to the awa the moon suddenly moved behind the clouds. Without the moon’s light Rona tripped, smashing her tahā and hurting herself.

Renee describes travelling in the dark without the moon’s light as dangerous because you are unable to see the obstacles and pitfalls ahead of you. She also compares the moon’s light to the role of a parent and their ability to see potential dangers that tamariki may not be aware of. Renee states that one of the many roles of a parent is to create a safe environment for children to explore and learn.

Renee recalls an incident where she strapped her daughter in the car and shut the door.
It wasn’t until Renee opened her driver’s side door that she realised that her daughter was crying and her hand had been caught in the door. Renee quickly climbed over the seat to open the door and check on her daughter and tend to her hand.  Upon further reflection, Renee believes that this incident was in part due to being in a rush, and not being ‘fully present.’  She compares this to Rona and the Moon where the moon’s light was blocked by the clouds, similarly Renee’s ability to prevent the accident from occurring was hindered. 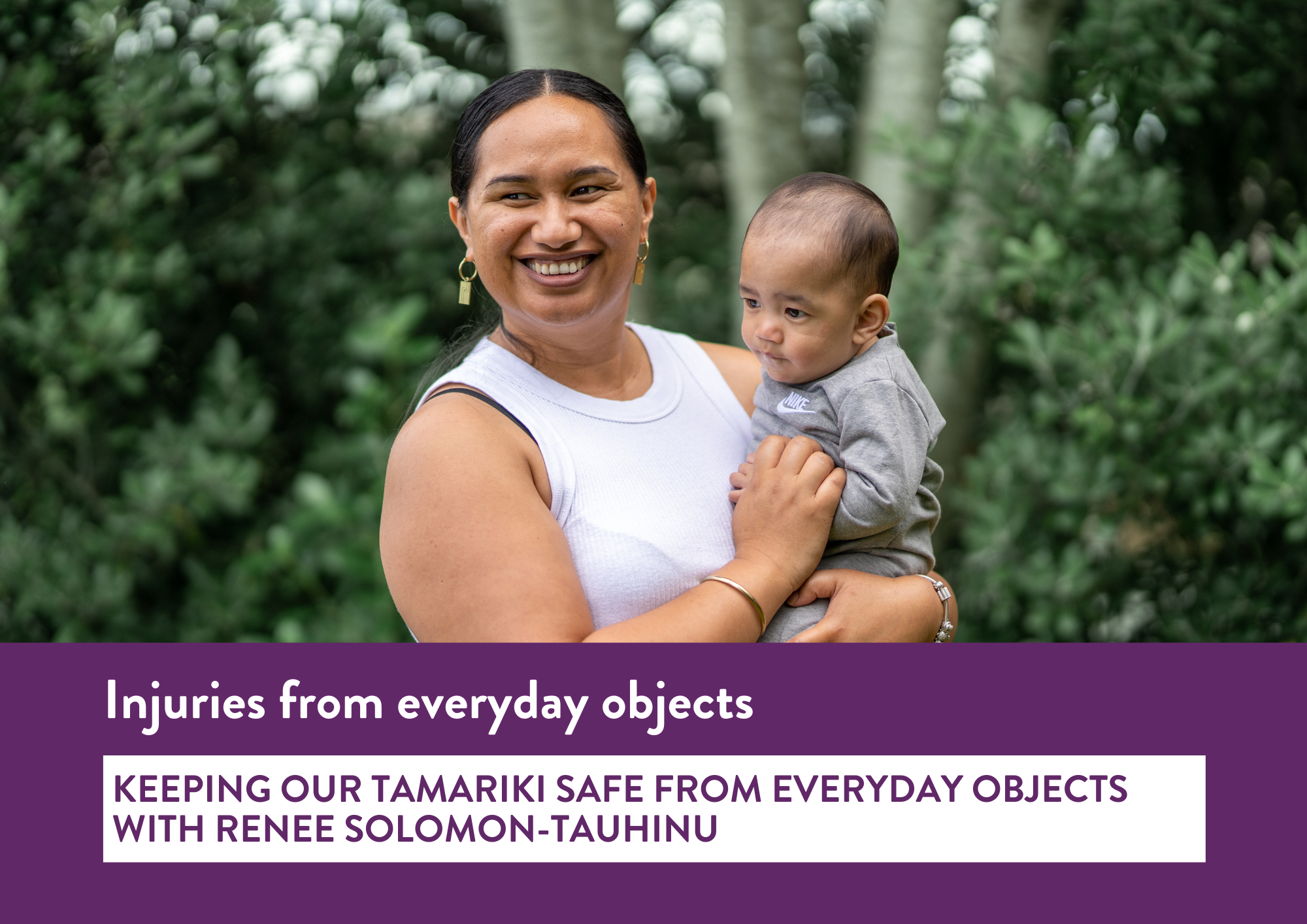