Protecting our tamariki from choking with Shania Berryman

We are honoured to share this inspiring kōrero from Shania Berryman of Waikato Tainui and Ngāti Maniapoto.

Shania Berryman is a māmā of two beautiful tamariki Anuhea (3) and Keahi (7 months). Both she and her partner, Marcel Hellesoe are accomplished Waka Ama paddlers having traveled the world to compete. Shania is also a personal trainer in Kirikiriroa, where Safekids Aotearoa were fortunate enough to sit down for a kōrero with her about her tamariki, her journey as a mother and sportsperson.

As a child Shania Berryman grew up playing multiple sports before deciding to focus her talents on Waka Ama during high school. She participated at all levels of the sport, from local competitions to the Waka Ama World Championships. Shania states that “there’s nothing like being on the water” where she describes feeling connected to her ancestors who paddled before her. “For Māori people it’s really important for us to be connected not only to the water but also the land and our environment.”  Shania says that the reason she has continued to do Waka Ama for so long is because of the whānau atmosphere and inclusivity of the sport which allows people of all ages to participate.

University and becoming a māmā

After growing up in kohanga reo and kura kaupapa where she was immersed in Māori tikanga and language Shania describes her first impressions of university in Auckland, as a ‘culture shock.’ She reflects on not seeing many Māori students nor staff, not doing kapa haka or beginning the day with karakia as some of the differences of university life. Shania was in her first year at university when she fell pregnant with her eldest daughter. Initially she worried what friends and family would think and how having a child at a young age would affect her career aspirations. However, Shania believes that her children came to her at a low point in her life and helped her mature into a more selfless person and gave her life new meaning.

For Shania the dangers of choking were evident while feeding her daughter Anuhea who was one at the time. While feeding Anuhea pureed bananas and strawberries she noticed that something was amiss when her daughter had a blank expression and seemed unresponsive. Shania at the time wasn’t sure of how to best help her daughter and instead called for her partner. Marcel quickly held Anuhea face down, supporting her jaw and slapped Anuhea's back dislodging a small lump of banana which had become stuck in her airway. Shania describes this as an extremely scary moment as she feared for her daughter's life, especially knowing that choking / suffocation is the leading cause of fatal injury for tamariki in Aotearoa.  “We were lucky as well that we were both around and that baby wasn’t sitting there eating on her own because I couldn’t imagine what would’ve happened if we weren’t in the room.” This incident prompted Shania to attend a first aid course so she would be better prepared should this ever happen again.

Babies up to 1 year

If the baby is unconscious, do CPR,

If the baby is conscious, follow these steps to clear an obstruction:

If the child is unconscious, do CPR.

If they are coughing or having difficulty breathing, encourage the child to cough. Do not do anything further at this stage.

If the airway is completely obstructed and the child is conscious but not breathing:

If you can’t remove the object in these ways, do mouth-to-nose (or mouth-to-mouth) breathing on the child until help arrives. 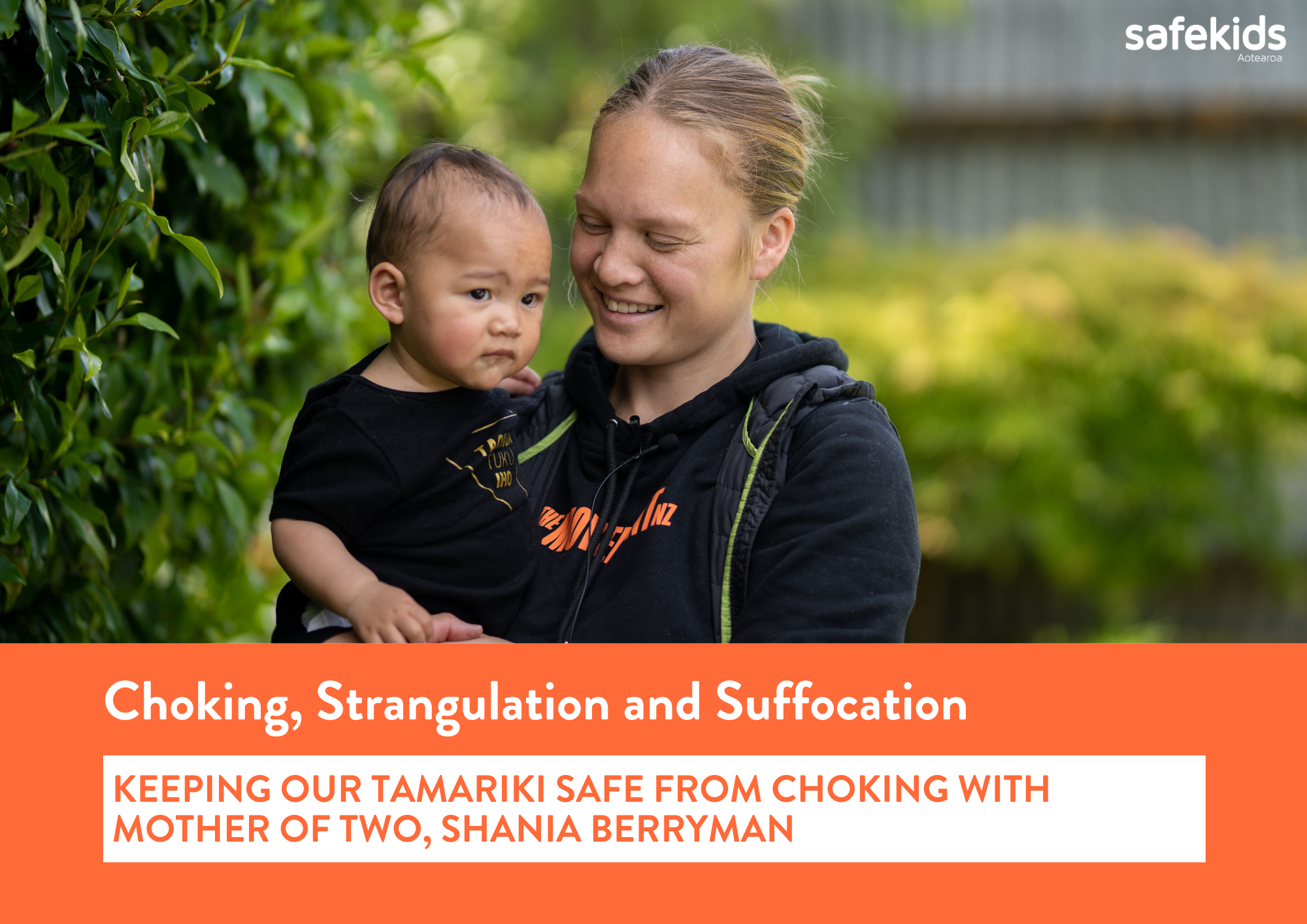